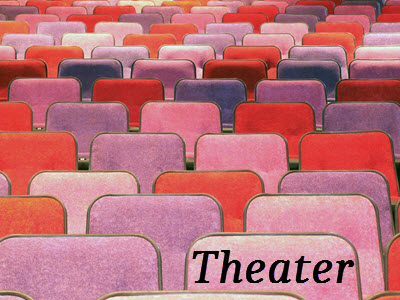 There are many things you should try between the age of 20 and 30.

You can stay out late, travel the world, live in a big city, or a small one and have fun without having to deal with all the numerous responsibilities that will inevitably multiply with age.

You should add going to the theatre to that list.Lots of people think that theatre is reserved for only those who are really into it, would die to see the newest Broadway musical or are older with lots of time and money.

But your 20s can actually be the best time to see shows. You’re old enough to embrace and involve yourself in the culture of theatre, yet still young enough to get discounted tickets because you cant afford to see Hamilton at full price and pay for your rent.

Here are five reasons why the theatre is always a good idea:

With the price of Broadway musicals skyrocketing people equate theatre with expensive tickets.

For some shows, I hear you.

But believe it or not, you can actually avoid dropping your entire paycheck on a ticket.  Theatres in tons of cities, and even on Broadway, offer pretty decent tickets for students in college or grad school. Some lovely theatres even offer discounted tickets to people under a certain age.

Your 20s are the only time you’ll get to take advantage of these discounts, so do your research and go see as many shows as you can.

2. A Sense Of Connection

If you’re a 20-something, chances are you’ve been struck by the feeling of loneliness at one time or another.

Relationship or not, tons of friends or just a few, fulfilling career or soul-sucking office job, this decade of life can make you feel pretty lost and alone. Its normal.

But fortunately, theatre provides the perfect hack for that; It is so much about human connection, even in the nature of the performance. The stories delve deep into the characters (oftentimes sad) lives and will definitely evoke some much needed catharsis.

When you’re that close to the actors onstage, you feel much more connected to the story than when you’re watching something unfold in a film or TV show.

Also, the energy of the crowd around you will allow you to feel like you are with hundreds of friends rather than alone in a sea of 100 people.

3. Alternative To A Movie

Going to the movies scores high on the list of things to do with your friends or dates,but Hollywood tends to keep disappointing us these days.

While a few quality films show up here and there, theres only so many times youre willing to spend 20bucks for the millionth superhero movie or bro comedy.

Theatrecan provide you with a similar alternative to film: you can watch a story unfold in front of you while you sitting in a comfy chair.

Exceptions do exist, but most theatrical productions are character based, meaningful and more original than whats playing on the silver screen.

4. Get To Know The Town You Live in

You might have packed up for a city upon graduating, or stayed at home for a few years before venturing off, but most 20-somethings eventually live in, or near, a city.

If you’re new in city, what better way to get to know the city than by getting immersed in the culture?

Maybe because its not seen as completely accessible, or maybe because it often deals with important issues or heavy topics, but going to the theatre never feels like mindless entertainment.

Even if you go to a fun comedy, there’s something about going to the theatre that makes you feel super cultured. You contributed to your city’s arts scene! You’re so much more intelligent and enlightened now.

Whether or not that’s actually true, you’ll still feel that way.

Though the struggle to leave your bed and Netflix behind is real, venturing out to see shows will be incredibly fulfilling.

Subscribe to Elite Daily’s official newsletter, The Edge, for more stories you don’t want to miss.