Is it the Odd Couple all over? The comic antics of Nick Kroll and John Mulaney hilariously skewer theatrical conventions in a hilarious show that makes Broadway feel like the place to be. 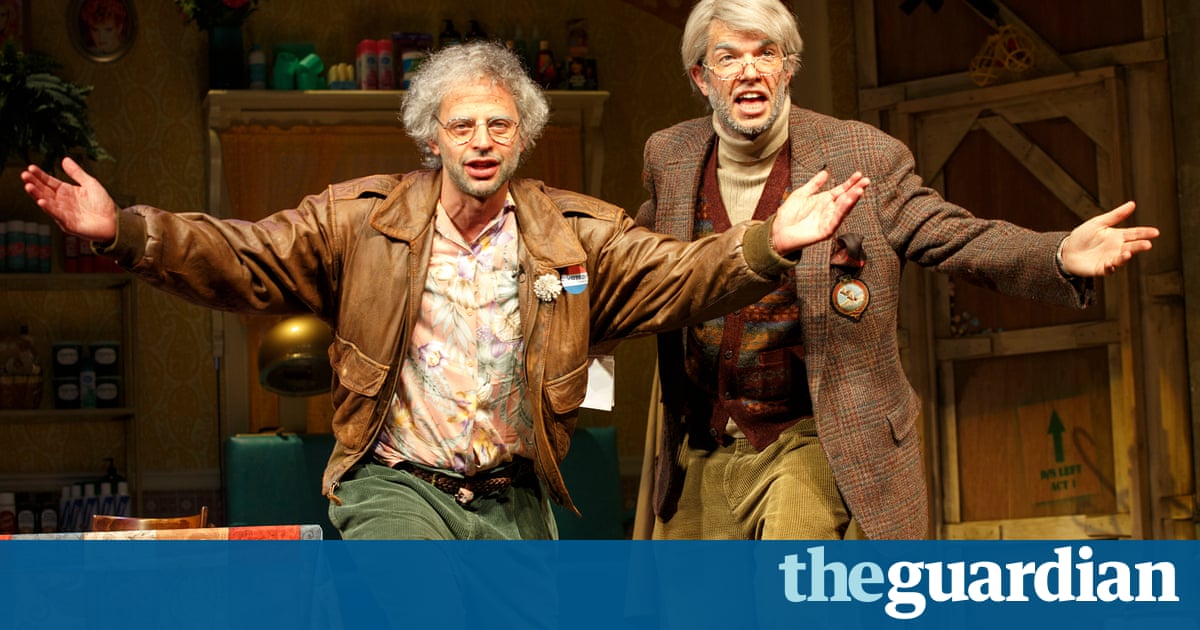 Gil Faizon and George St Geegland those legends of public access television, icons of the Upper West Side, and superstars of ill-fitting sweater vests have finally made it to the main stem with Oh, Hello on Broadway, which George describes as a love letter to theater. Or, as Gil suggests, more of a stalker’s note scrawled in lipstick on a mirror. Despite the fact that this show, directed by Alex Timbers, is silly, crude, and wildly indulgent, it is also uproariously, rib-tickling funny.

These 70-year old grotesques are the alter egos of the comics Nick Kroll (Gil) and John Mulaney (George), first developed on alternative comedy stages and more recently seen on The Kroll Show in the segment “Too Much Tuna.”